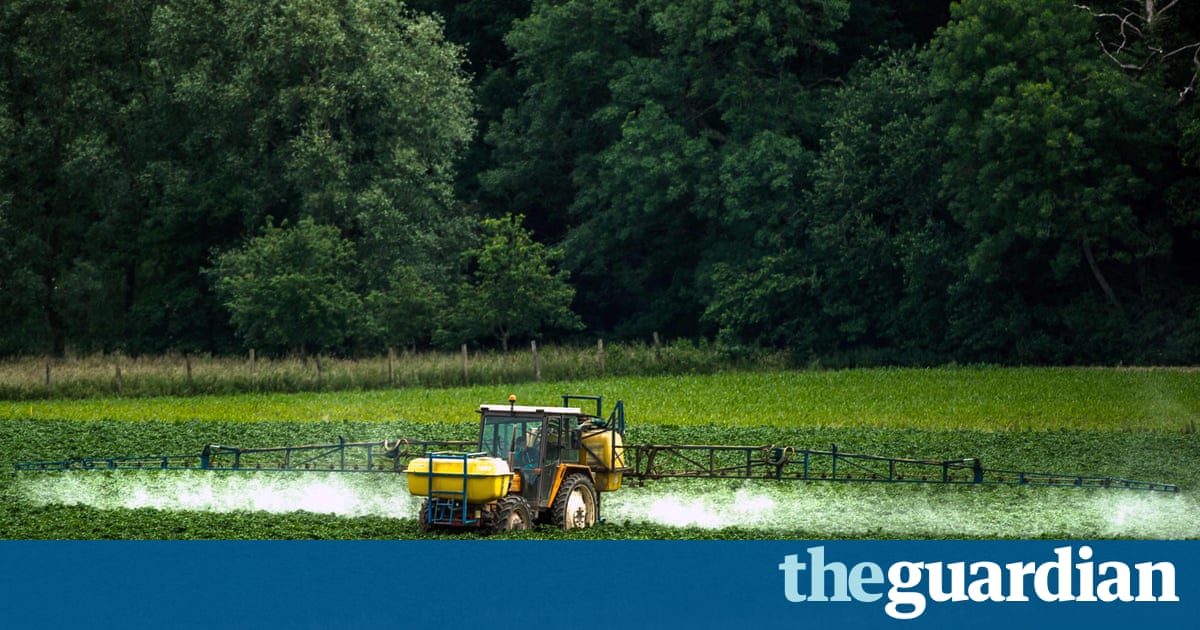 The idea that pesticides are essential to feed a fast-growing global population is a myth, according to UN food and pollution experts.

A new report, being presented to the UN human rights council on Wednesday, is severely critical of the global corporations that manufacture pesticides, accusing them of the systematic denial of harms, aggressive, unethical marketing tactics and heavy lobbying of governments which has obstructed reforms and paralysed global pesticide restrictions.

The report says pesticides have catastrophic impacts on the environment, human health and society as a whole, including an estimated 200,000 deaths a year from acute poisoning. Its authors said: It is time to create a global process to transition toward safer and healthier food and agricultural production.

The worlds population is set to grow from 7 billion today to 9 billion in 2050. The pesticide industry argues that its products a market worth about $50bn (41bn) a year and growing are vital in protecting crops and ensuring sufficient food supplies.

It is a myth, said Hilal Elver, the UNs special rapporteur on the right to food. Using more pesticides is nothing to do with getting rid of hunger. According to the UN Food and Agriculture Organisation (FAO), we are able to feed 9 billion people today. Production is definitely increasing, but the problem is poverty, inequality and distribution.

Elver said many of the pesticides are used on commodity crops, such as palm oil and soy, not the food needed by the worlds hungry people: The corporations are not dealing with world hunger, they are dealing with more agricultural activity on large scales.

The new report, which is co-authored by Baskut Tuncak, the UNs special rapporteur on toxics, said: While scientific research confirms the adverse effects of pesticides, proving a definitive link between exposure and human diseases or conditions or harm to the ecosystem presents a considerable challenge. This challenge has been exacerbated by a systematic denial, fuelled by the pesticide and agro-industry, of the magnitude of the damage inflicted by these chemicals, and aggressive, unethical marketing tactics.

Elver, who visited the Philippines, Paraguay, Morocco and Poland as part of producing the report, said: The power of the corporations over governments and over the scientific community is extremely important. If you want to deal with pesticides, you have to deal with the companies that is why [we use] these harsh words. They will say, of course, it is not true, but also out there is the testimony of the people.

She said some developed countries did have very strong regulations for pesticides, such as the EU, which she said based their rules on the precautionary principle. The EU banned the use of neonicotinoid pesticides, which harm bees, on flowering crops in 2013, a move strongly opposed by the industry. But she noted that others, such as the US, did not use the precautionary principle.

Elver also said that while consumers in developed countries are usually better protected from pesticides, farms workers often are not. In the US, she, said, 90% of farm workers were undocumented and their consequent lack of legal protections and health insurance put them at risk from pesticide use.

The claim that it is a myth that farmers need pesticides to meet the challenge of feeding 7 billion people simply doesnt stand up to scrutiny, said a spokesman for the Crop Protection Association, which represents pesticide manufacturers in the UK. The UN FAO is clear on this without crop protection tools, farmers could lose as much as 80% of their harvests to damaging insects, weeds and plant disease.

The plant science industry strongly agrees with the UN special rapporteurs that the right to food must extend to every global citizen, and that all citizens have a right to food that has been produced in a way that is safe for human health and for the environment, said the spokesman. Pesticides play a key role in ensuring we have access to a healthy, safe, affordable and reliable food supply.

The report found that just 35% of developing countries had a regulatory regime for pesticides and even then enforcement was problematic. It also found examples of pesticides banned from use in one country still being produced there for export.

It recommended a move towards a global treaty to govern the use of pesticides and a move to sustainable practices including natural methods of suppressing pests and crop rotation, as well as incentivising organically produced food.

The report said: Chronic exposure to pesticides has been linked to cancer, Alzheimers and Parkinsons diseases, hormone disruption, developmental disorders and sterility. It also highlighted the risk to children from pesticide contamination of food, citing 23 deaths in India in 2013 and 39 in China in 2014. Furthermore, the report said, recent Chinese government studies indicated that pesticide contamination meant farming could not continue on about 20% of arable land.

The industry frequently uses the term intentional misuse to shift the blame on to the user for the avoidable impacts of hazardous pesticides, the report said. Yet clearly, the responsibility for protecting users and others throughout the pesticide life cycle and throughout the retail chain lies with the pesticide manufacturer.